Ever felt you had an emotional hangover?

Today I was driving to Calgary and back, on fairly terrible roads, and became so intersted in what was played on the radio, I almost had to pull over to the side of the road to listen. Instead, I turned it off and listened to it when i was done driving on ice-covered roads. This program, at the bottom of this post, looked at the emotional vs non-emotional memories, and explored how individuals can have an "emotional hangover." That is certainly a new term to me.

It is quite well-known that our mind likes to make associations. These associations are ultimately what allows for networking within our mind. We often make references to our brain as "grey matter," but it is important to know that "grey matter," on the surface of the brain, is made up of very specialized neurons. For example, as a glance down at my hand (arguing what to use as an example,) I see my wedding band, and when I think of the fact that it is made of gold, there are still a network of ideas that go with gold: it is soft and malleable, its high density, etc. From here my mind could think about other malleable metals or dense metals; this is drifting through our network of thoughts. If when i think of gold, I think of it having 79 protons, this is clearly in my grey matter--it is very specialized, and there is little else i can associate with 79 protons. 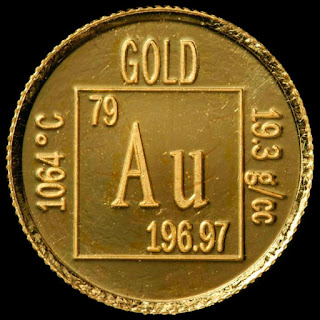 While memories of events can have a multitude of associations, new research is finding that memories in which some of the associations are emotions, are memories that we retain longer with greater clarity than memories that have very few, or no emotions. It is an interesting exercise to put yourself through--if I asked you to write a list with the twelve months of 2016, and write a memory from each month,


The place where I find this interesting in the field of education is that I find it easier to bring emotion into the class when it is something you are passionate about. At the same time, I also believe there are subjects that serve to bring emotion in easier than others (bringing emotion into a guitar class by focussing on slow ballads for a week is an unfair advantage.) So how do we bring emotion into the first lesson of y=mx+b or a lesson about the organelles of a chloroplast? I believe the best way to take topics that can seem to be almost absent of emotion is to create stories. Stories, whether they be created by the students, or the teacher, always bring in the humour that serves as a catalyst to other emotions.

Yet this is just my belief in the classroom; there are many professions outside of education where the use of emotions to assist the memory in making associations. I would be interested to hear how some of you both in education, and outside of education look to bring emotion into the memories people make of what you do in your work to ultimately result in a greater clarity of the memories.

Here is the clip from Quirks and Quarks (a Canadian science-based radio show) today in which Bob McDonald talked to Lila Davachi about what she terms as "emotional hangovers," and discusses the differences between emotional, and non-emotional memories: