If I was to take a guess, about one out of three stand-up comedy acts goes into the differences between male and female brains. One can see why; much of the audience can sympathize with the generalizations made by the comedians about how the thinking of each sex seems to be contrastingly different. Yet I really want to question if the brains of males and females really operate that much different as a whole. Yes, the chemistry of each sex is different, but do what degree does this affect the method of thought? How much of it is implied by society?

Below are two diagrams in which blue lines represent neural activity remaining within the same hemisphere, and orange lines representing neural activity from one hemisphere to the other. Though the original article from which I take these pictures makes no mention of the designation of point colours, I am going to take a guess that the points are coloured according to the four lobes. 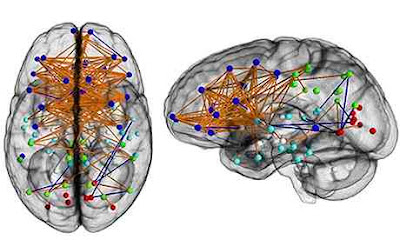 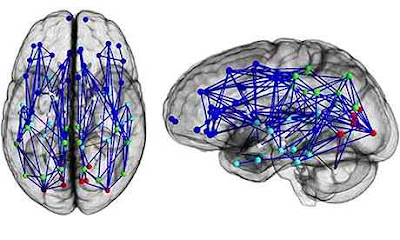 The female one, with all of its extensive activity across the corpus collosum from hemisphere to hemisphere is on top, while the male one, with very little activity from hemisphere to hemisphere is beneath. The article states that these were taken while similar tasks were taking place, but this is where I need to draw into question how valid the generalization made by these disgrams could be. These make it look as thought a male could easily have their corpus collosum severed, a corpus collostomy, and have very little effect upon the individual (if the second diagram is true). Severing of the corpus collosum, while it can assist in controlling epileptic seizures, clearly does have an effect on lifespan, so the validity of this second diagram needs to be questioned.

To elaborate on how these diagrams were created I take from the original article (whose link is found above):

"Ragini Verma, a researcher at the University of Pennsylvania, said the greatest surprise was how much the findings supported old stereotypes, with men's brains apparently wired more for perception and co-ordinated actions, and women's for social skills and memory, making them better equipped for multitasking." This article then continues on to explain that "Verma's team used a technique called diffusion tensor imaging to map neural connections in the brains of 428 males and 521 females aged eight to 22. The neural connections are much like a road system over which the brain's traffic travels."

There is no question that there is much research showing that the development of the brain being different between the two sexes can be detected from a young age, and I remember when I first read these two books, that they really made me believe that the difference between the two brains was day and night. 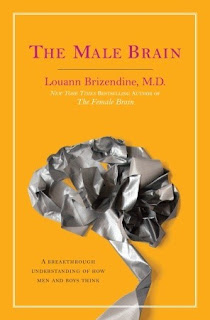 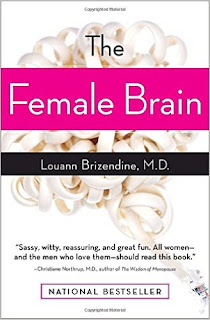 There are two key reasons that I want to really question how different the brains of the two sexes are: 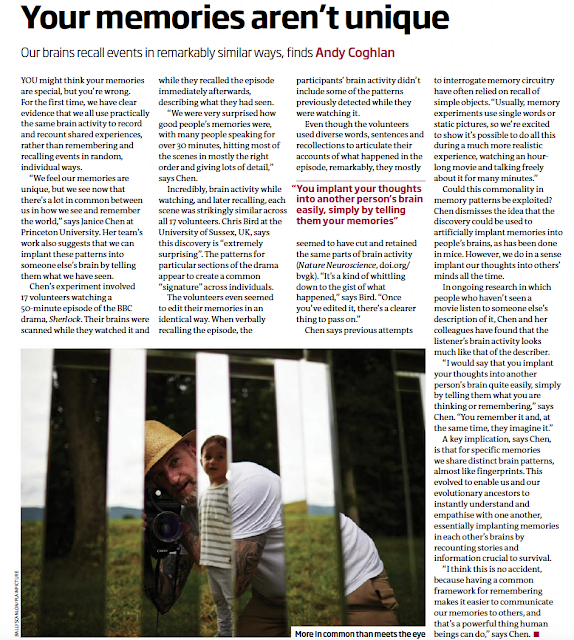 I truly look forward to looking deeper into the contrasts of male and female brains in this year of blogging to come; please feel free to share any comments you may have on the topic.